Why we love it: Collection of hand-made candles based on the 22 cards of the Major Arcana of the Tarot deck (Latin arcānus– mystery). These 22 cards can be interpreted as a person’s spiritual path from birth to perfection. The candle is marked with number 15 of the Major Arcana – The Devil.

It is the archetype that constrains a person with chains of earthly desires and passions. The archetype of The Devil lets you know that the material and earthly planes are becoming too dominant in your life, that you are starting to succumb to comfortable stagnation and stop striving for change, progress and growth of your personality. However, by constraining a human with chains of dependence The Devil always leaves a choice of whether to remain chained or to choose freedom and the possibility to grow spiritually by refusing only the eternal struggle for success, daily satisfaction or bodily pleasures. The Devil only tempts to accept the rules of his game, but the human is always free to choose his path. It is the archetype of pessimism, depression and cynicism, it beckons to stop believing in the world’s goodness and ideals.

Liquorice, in pharaoh tombs among other riches scientists discovered remnants of liquorice root. This plant was particularly valued and appreciated. Since ancient times liquorice has also been included in incense for its aroma that positively affects youth, sexuality, charm, and physical health.

White musk, musk is a classical aromatic substance of animal origin, used in perfume-making and extracted from male glands of certain animals (most often musk deers). Since in nature animals use musk as a pheromone to attract the attention of the opposite sex, this aromatic substance has a similar effect on humans as well. White musk is a synthetic substance used in perfumery as an alternative to the red musk of animal origin in order to preserve nature and animal population. The aroma of white musk brings in vitality and energy. It is believed to be a potent aphrodisiac that stimulates senses, arouses and opens the most secret desires and the depths of soul.

Orange Blossoms aroma possesses soothing ant antiseptic qualities, acts as an aphrodisiac, helps fight depression and anxiety, and boosts mood. It can be used before any stressful occasion – an interview, examination, public appearance, etc. In cases of insomnia, take a bath with several drops of neroli or diffuse some of it in the evening. In Italy orange blossoms were traditionally used for making bridal crowns.

Jasmine, in India jasmine used to be called “Moonshine in the garden”. Young girls adorned their hair with jasmine blossoms and used them for cosmetic purposes. Cleopatra is said to have had seduced Marc Antony by using jasmine oil during their official meetings in order to arouse his desires.

Orange, its essential oil helps to open the heart, frees from sadness, nervousness and anxiety. It has a relaxing effect on some people, while in others it works as an energizer and wards off melancholy. Orange essential oil boosts optimism, natural charm and self-confidence, restores aura after serious illness or emotional stress. In magic orange is particularly related to the ability to attract love.

Cinnamon creates an inspiring and creative mood, expands, warms, positively affects aura, boosts optimism, integrity of personality, confidence in one’s strength and self-esteem. The fragrance of cinnamon is a great measure for reducing self-pitying and clinging to unlucky past. It lights and brightens personality. In magic rituals cinnamon is used in order to attract love, desire and money.

Eucalyptus, traditional essential oil in medicine cabinets and extremely popular in aromatherapy. Most often it is used for inhalations, chest rub balsams, massage ointments for treating head cold, influenza, and viral diseases, such as mononucleosis. Eucalyptus essential oil is a wonderful preventative measure and is extremely suitable for cleansing and freshening air in rooms.

Included with this candle you will find another Tarot card, which, together with The Devil, may suggest how and at what level the archetype of The Devil manifests itself in your life. Suggested affirmations and the magical orange blossom, jasmin, orange, cinnamon, eucalyptus, liquorice, white musk fragrance may help you not to accept the rules of Devil’s game and help you to be free to choose your path. After burning the candle, wipe the jar with hot water so that you can reset it for a new life and use it at your home. 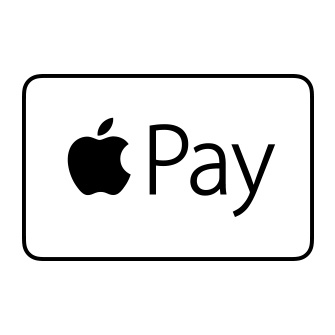